The Bellroy Square wallet was doomed out of the gate, why was it discontinued? We'll explore what happened and why.

Today’s discussion will be around the Bellroy bi-fold Square. This particular wallet has been discontinued for a few reasons.  This wallet is packaged in the same way as all the Bellroys. keeping it very consistent with all their other wallets via an envelope. I purchased a tan exterior with blue and orange on the interior. These are a great contrast of colors. Bellroy always provides great instructions in every one of their wallets which are very specific to the wallet you order.

The company recommends four to twelve cards. It is big and was designed for large bills including Yen and Euro, which fit inside the billfold slot just fine. The wallet provides lots of space on both sides. It is not very tight by way of its functionality for cash, but that is not its purpose, because it has a horizontal view card insert orientation. The bill fold area is a square because it has height for cash and width for cards.

As with all Bellroy products, this is designed in Australia and made in India. The wallet follows the same design and construction methods of all Bellroy products. It is made from a very thin cut leather. This one does not have a wrap around over the edge, nor painted edges, as do Bellroy’s higher end wallet’s like the Designer. It’s edges are sewn all the way around with a very thin cut, which allows it to be a thin wallet overall with many features

It weighs 43 grams and is priced at $59. This is very affordable, considering most Bellroy products are more expensive. The lower price is also an indicator that it was on its way to being discontinued. Prices start to go down when they are not selling.

So why was this discontinued? In my opinion, here are some of the reasons for the discontinuance of this particular wallet. The most obvious is that it couldn’t find a unique feature offering to distinguish itself from all of the other Bellroy products. For example, the Bellroy Note Sleeve has vertical card slots, as well as a  billfold pocket and secret slot, just like the Square does. However, the Note Sleeve also has a coin pouch. Additionally, it has a pull strap, whereas the Square does not. The Square also shares similar functionality with the Hide and Seek. The Hide and Seek has the same horizontal card placement, but it also has a secondary billfold slot in the back which is hidden by a flap that goes over the top for cash. It also has an option for a tall currency version. However, the Tall wallet, a separate wallet offering, has also been discontinued because there was nothing remarkable in its feature set. Finally, the twin sister of this wallet is called the Low which is made for low currencies. It is kind of the opposite of the Square. All of the features are the same, except for the currency height.

These comparisons leave me with the following marketing based conclusions, as well as future predictions.The first conclusion is that they should have combined the three products as one skew for purchase. We have three standalone products which are the Tall, the Low and the Square. It would be great to have one wallet with different options to choose from instead of three separate ones. The other selection option would have been the Low. Bellroy should have combined both of these wallets as they did with the Bellroy Hide and Seek. The Bellroy Hide and Seek has two options that you can choose from. One for tall currencies and the other for low currencies.

The second conclusion is there wasn’t enough product feature differentiation between the Square and the other wallet offerings. Therefore, it wasn’t compelling enough to buy. In this case, price is not a strategy, as Bellroy has conditioned its customers. People who buy Bellroy wallets are accustomed to spending more money for their products.

The third conclusion, which is my future prediction, is that the Low product, will also see its demise, because of the previous conclusions I have mentioned. The Low is still a competent wallet, and would sell just fine if it came from another manufacturer.  However, when a product is competing against other Bellroy products that are far superior, it is not a surprising outcome.

The Bellroy Square is still available on Amazon, but it is not being manufactured anymore. If it were still in production, and I were to give it a final score, it would be as follows:  For quality a 4. Price a 3. Features a 3. Usability a 3, and perception a 3. That gives us a final score of 33 out of 50.

Ridge vs Fantom R, worth your money? 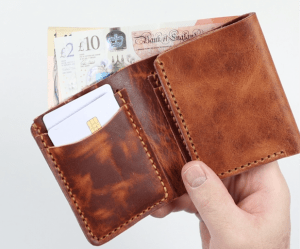 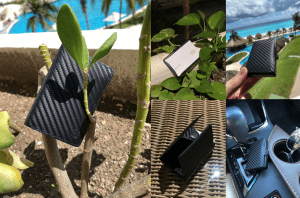 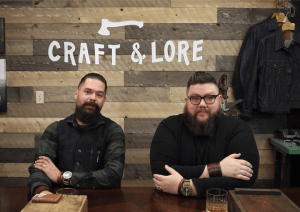